Rather than listen to the inflammatory nightmare scenarios that are being hurled every two to three minutes on prime time TV, I read over the analysis conducted by the Congressional Budget Office (CBO).  They have looked at the major policy issues that are in play relative to the economic outlook,  applied them to their economic models, and published their best estimate of the short and long term effects.

They looked at what would happen under current law: Expiration of tax tax cuts, budget reductions mandated by the sequestering provisions of the debt ceiling extension, and predictions of what will happen to interest rates and the effect of the resulting bebt service on the deficit.  Then they contrasted what would happen with those policies reversed.

It’s not exactly light reading, but it’s not that hard either.  They also talk about the effects on unemployment, and the hard truth is that the better the policies for long term deficit reduction, the worse they are for short term unemployment relief.  Sort of frames the dilemma that Obama has had during this first term.  Debt reduction and creating jobs, jobs, jobs seem to fall into the category of  having your cake and eating it too. 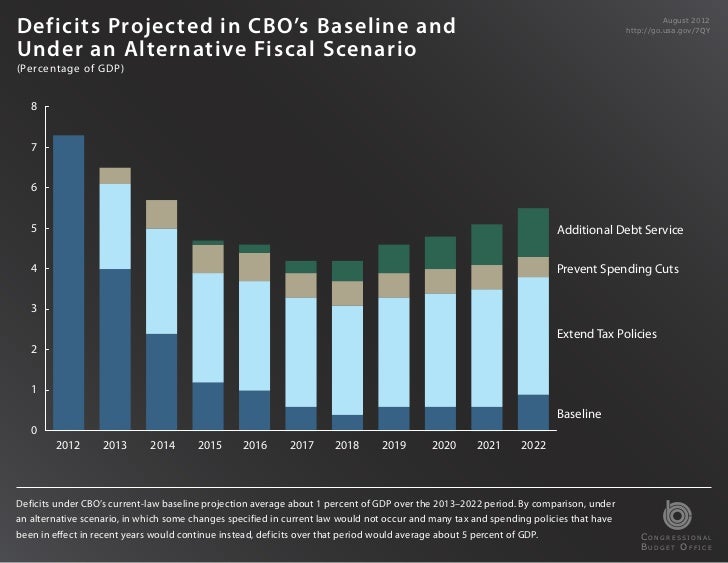